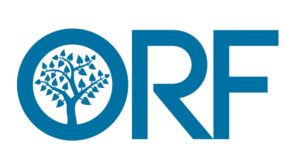 Srinagar: The ‘K’ (Kashmir) word will figure strongly during the international conference titled, ‘Tackling insurgent ideologies,’ during which the speakers will put forth steps to prevent ‘violent extremism’ and ‘countering violence extremism’ domestically and in the South Asia region. 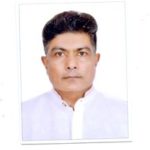 The seminar, organised by the Observers Research Foundation (ORF) in New Delhi from June 11 to June 13, 2018, will be attended by 40 participants, mostly researchers and practioners, who will deliver speeches and debate upon how to tackle insurgent ideologies in India and South Asia region.

The speakers attending the conference would come from diverse places including those from the US, UK, Syria and Afghanistan,.

Among other issues, the panellists will discuss the role of sports, mass media, and digital platforms to counter what it describes as ‘violent extremism’.

Interestingly, even if the organisers of the seminars have tried to balance the speakers by bringing in the couple of 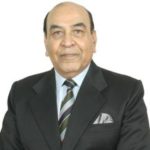 experts working in Naxal insurgency affected areas of India, the Afghan and ‘Kashmir’ experts far outnumber them, apparently giving an impression the seminar mostly deals with the “Muslim insurgencies” particularly in Kashmir, Afghanistan, and Pakistan region and broadly in the middle eastern regions.

It also seems that organisers have a sort of tried to connect the Kashmir with the broader pan-Islamist movements. “The three-day programme aims to bring together researchers and practitioners involved in the process of developing strategies that deal with the proliferation of radicalism and violence,” the ORF stated.

The ORF stated that conference will highlight crucial challenges posed by radicalisation, domestically and in the region.

“It will also engage stakeholders working in the fields of gender, media, community mobilisation, and technology in the context of dealing with violent extremism. It will conclude with presentations by selected teams from colleges around India on counter-speech on social media.

In one of its topics “Creative Voices and Expressions: The new CVE?,” PDP youth president, Waheed Parra is expected

to speak during which he along with other panellists will examine the role of sports, arts and cultural programmes in addressing violent extremism by ‘locating the spaces for prevention, countermeasures and deradicalisation through these avenues’.

Another topic ‘Fourth Estate at the Frontlines’ in the conference will discuss how the mass “media occupies a crucial role in the public imagination”.

“And its role, particularly with respect to international development, is key to devising appropriate responses to violent extremism. This panel will discuss the way in which the media can be harnessed to facilitate dialogue and widen the scope of communication to promote sustainable development,” the ORF stated.

Likewise, in the Capturing Imaginations: Counter Narratives and Digital Platforms

“Radical groups tend to make use of the lacunae in digital platforms for recruitment. This panel addresses the pressing need to finding the balance between hate speech and freedom of expression, and to build innovative campaigns to check online extremism,” ORF stated.