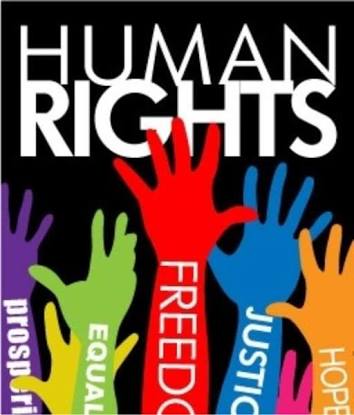 Srinagar: JKCCS and APDP on Thursday welcomed the important report by the Office of the High Commissioner for Human Rights (OHCHR), Geneva.

They said that this is the first report by the United Nations exclusively on Indian occupied (IoK) and Pakistan administered (PaK) Jammu and Kashmir (J&K).

“After continually being denied access since 2016, the OHCHR has based this report (49 pages in total) on its remote monitoring of the situation on ground, with closer attention to the period of July 2016 to April 2018”.

“This report affirms that J&K requires special attention and is a signal to governments that the United Nations is closely monitoring the everyday violence and the role of the parties to the dispute,” they said and added “It is also an affirmation of the documentation work done for decades”.

They added that following the early UN Security Council resolutions, this report has deep symbolic value following years of silence by the United Nations.

“Yet, this report remains connected to the historicity of the J&K conflict, and past UN Security Council resolutions, as it urges the governments to “respect the right of self-determination of the people of Kashmir as protected under international law” and favours dispute resolution through “meaningful dialogue that includes the people of Kashmir”.

The report ends with a series of recommendations, the most crucial of which is a call for an independent, international enquiry in the form of a “Commission of Inquiry” to be constituted by the UN Human Rights Council (inter-governmental body established by the United Nations to monitor human rights).

“Commissions of Inquiry prove to be an effective tool for the United Nations and have been formed in the past to investigate allegations of violations of international human rights, international humanitarian law or international criminal law and make recommendations for corrective action based on their factual and legal findings (past examples include Palestine, Lebanon, East Timor and Syria). In the absence of any fair and proper investigations in J&K to date, UN Human Rights Council constituted Commission of Inquiry would be an important intervention”.

Violations range from crimes of extra-judicial executions and excessive force (including by use of pellet shotguns), enforced disappearances, sexual violence, torture, arbitrary detention (including through the use of the Public Safety Act, 1978) and other violations of basic human rights.

The report notes the existence of unmarked and mass graves and recommends impartial and credible investigations, including though assistance of the international community.

“Military courts are unequivocally rejected as effective substitutes for civilian courts of justice in the case of crimes against civilians”.

The call for a Commission of Inquiry – an international independent inquiry – is in keeping with past demands by JKCCS and APDP, in light of the unwillingness of government of India to allow for functioning of any processes of justice and fair and proper investigations.

In addition, past offers of international assistance (European Parliament in 2008 for the investigation of unmarked and mass graves) have been rejected.

“It is imperative that a Commission of Inquiry be instituted to: a) record the violence, b) document the role of State institutions, including the judiciary, in systemic denial of justice, and, c) ascertain State and individual responsibility as per international human rights, international criminal, and international humanitarian law.

They emphasize that this report must serve as a beginning of continued and sustained OHCHR attention on J&K. As an immediate measure.

OHCHR, on its own initiative, and endorsed by the UN Human Rights Council, continue to monitor the situation in J&K and seek unconditional access for on the ground investigations.

Crucially, all parties of the dispute must continue to be held to international human rights, international criminal and humanitarian law standards,
UN Human Rights Council consider the instant OHCHR report (in the present regular session beginning on 18 June or in a special session) recognize the urgency of the situation, and immediately constitute a group of reputed experts in the form of a Commission of Inquiry and both Governments of India and Pakistan must grant them unconditional access.

“This will serve as a vital first step to deter the ongoing violence, secure the evidence of crimes, and result in a more permanent mechanism at the UN Human Rights Council in the form of an international expert as a Special Procedure to monitor the human rights situation in J&K”.

They urged that other UN bodies, including the Security Council, with greater powers, must also give renewed attention to the situation in J&K.

“Today’s OHCHR report highlights the desperate and life threatening every day reality of the people of J&K and the need for the international community, specifically the United Nations, to intervene immediately,” they said.

“The evidence exists, as also noted by this report. It is therefore time for sustained action by the international community towards the resolution of J&K with full respect to political and human rights as per international law”.

They further said that the intervening period, the scrutiny of the actions perpetrated by State and non-state actors under international humanitarian law must be institutionalized.