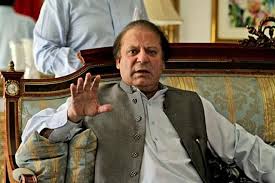 Islamabad: Supreme Court has directed the accountability court to wind up the proceedings for the completion of trial in corruption references against ousted Prime Minister Nawaz Sharif and his family with a month.

Three cases were launched against Sharif, 68, and his family members in September last year post his disqualification as the premier by the Supreme Court in July.

The court had also set a six-month deadline to complete the cases but later extended it by two months in March and then again by a month in May, which finally ended yesterday. However, the Islamabad-based Accountability Court judge Muhammad Bashir requested for more time to complete the trial.

Initially, CJP Nisar observed that the trial court could be given only 10 more days to decide the cases.

He said the apex court wanted the accused persons and the nation comes out from “this mental suffering”.

While turning down the defence counsel’s request for a six-week extension, the CJP told him that the court would however allow his clients, if they wanted, to visit ailing Kulsoom Nawaz in London.

Referring to criticism against the judiciary by the former prime minister, CJP Nisar noted with regret that they [the Sharifs] hailed courts only when a decision came in their favour and criticised it if a decision came otherwise.

“The court can allow them to go even on your verbal request,” the chief justice remarked while addressing the lead defence counsel in Avenfield Property and other references against the Sharifs.

When Advocate Harris pointed out that this issue was not before the bench, the CJP observed that the apex court had powers to do justice.

About his request for the six-week extension, Mr Harris told the bench that he could not work on Saturdays and Sundays.

“If I can work on week holidays then why can’t you? What kind of legal practice are you doing that you cannot sacrifice time even for important cases,” said CJP Nisar while responding to the senior counsel. “We should not make the justice rush,” replied Mr Harris.

The chief justice then extended the deadline by a month, leaving it on the accountability court to decide the timings and days for the hearings.

The trial court has yet to record statements of star prosecution witness Wajid Zia and two other investigations officers in the references of accumulating properties beyond known sources of income.

The defence counsel would start cross-examination after the testimony of the prosecution witnesses. (UNI)