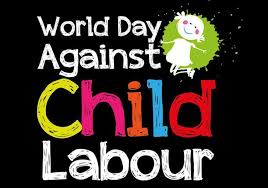 Despite blanket ban on child labour, over 43.53 lakh children are presently working as labourers in World’s fastest growing economy.

The data is revealed by the India, according to the 2011 census.

India has made considerable progress in the past decade. The number of child labourers (in the age group of 5-14 years) declined by 14 lakh since 2001, Union Minister of State for Labour and Employment Santosh Kumar Gangwar told Parliament in March.

Still, India is home to the largest number of child labourers, according to the International Labour Organisation. Moreover, the nation falls under ‘high risk’ category, as more than 40 per cent of its population is below 18 years of age.

June 12 will be observed as ‘World Day against Child Labour.’ This year, it will focus on the need to end child labour and improve the safety and health of young workers, ILO stated.

Addressing a panel on child labour on the sidelines of the 107th International Labour Conference (28 May-June 8) in Geneva, Guy Ryder, director-general of ILO, set 2025 as the target for countries to end child labour.

Nobel Laureate Kailash Satyarthi, who had participated in the conference, said: “ It is a blot on humanity that children are still trapped in labour and slavery. (UNI)