16 killed as arms depot blows up in Baghdad 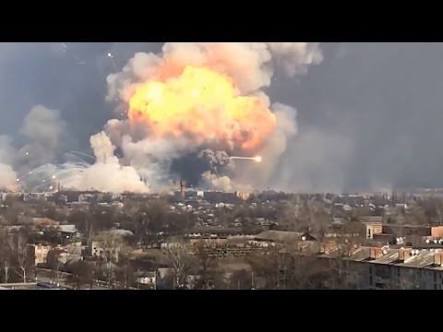 At least 16 people were killed and dozens injured after an arms depot exploded in the Sadr City district of the Iraqi capital late last night, AFP reported while quoting security and medical sources.

Meanwhile security forces have opened an inquiry to determine the cause.

AFP while quoting senior police source on condition of anonymity said that the blast was caused by heavy weapons, including rocket-propelled grenades and shells, belonging to an armed group and stored in a house.

He said at least 16 people were killed and 32 injured in the explosion.

Medical sources confirmed the toll, and said women and children were among the victims.

Sources said the blast struck near a Shia mosque in the northeast Baghdad district.

Witnesses reported heavy material damage to homes and other buildings in Sadr City, which is a stronghold of populist Shia ulama Moqtada Sadr.