Why a former armed militant Nisar regrets his homecoming from Pakistan Administered Kashmir? 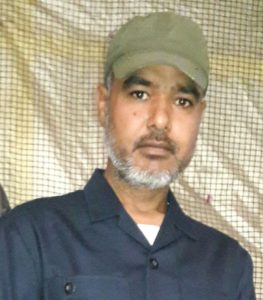 A former Kashmiri militant who stayed in Pakistan’s port city of Karachi for several years is currently running from pillar to post to own a small piece of land for his family on his return to Pulwama, his hometown in south Kashmir.

The 45-year-old Nisar Ahmad Khan from Newa in Pulwama returned home in 2012, hoping to benefit from the state government’s policy for rehabilitation of the armed rebels who were willing to eschew armed resistance and lead a normal life.

The rehabilitation policy was structured by Omar Abdullah-led coalition government in November 2010.

However, federal Minister of State for Home Kiren Rijiju in reply to a written question told the Indian Parliament (LoK Sabha) that “there is no proposal for general amnesty to the militants.”

The BJP government in New Delhi has no plans to grant official pardon to the armed rebels in Jammu and Kashmir and Maoists who give up armed struggle, the Lok Sabha was informed on 2 January 2018.

In this setting, will the Jammu & Kashmir government’s rehabilitation policy for former rebels prove effective?

In 1992, Nisar like many other Kashmiri men had crossed the Line of Control (LoC) to receive arms training in the camps located in Pakistan-administered Kashmir (PaK). He also went to Pakistan and Afghanistan.

Following his training as a battle-hardened militant, he then moved to Karachi where he married a Pakistani woman named Asiya Hassan who had Kashmiri roots.

Nissar’s family comprises of his wife and four children; three boys and a girl.

At the time of his crossing the LoC Nisar was only 20. He then spent the next 20 years of his life away from Kashmir, mostly in Karachi.

In a detailed conversation with the author, Nisar claimed he was “well settled” in Karachi and enjoyed a “decent living” there. He partly regrets his decision to return home for he is struggling to make a decent living in Kashmir on his homecoming.

“Besides getting a good amount from my erstwhile organisation on a monthly basis I, as a Kashmiri refugee, was also eligible to receive a regular monetary assistance and ration in Karachi,” he said.

He had also started his own business and was “doing pretty well”.

“My wife (Asiya) worked as a teacher in Karachi. My business was doing well. Our kids were receiving quality education in a good school. We were a happy family,” Nissar said.

RETURN OF A REBEL

However, as soon as he came to know about Jammu and Kashmir government’s surrender-cum-rehabilitation policy of 2010 for former militants who were willing to give up arms, Nisar decided to return to Newa Pulwama, his hometown.

In 2012, Nisar finally returned to Kashmir via Nepal route. On his return, he found out that he was homeless because his siblings denied him a share in their “inadequate property” or any alternative place for shelter.

He said that the apathy from the authorities in Jammu and Kashmir also made him regret his decision to return.

For last three years or so, Nisar has been running from one government office to another to get rehabilitated, but to no avail.

“No one is coming forward to help me. I do not know what to do,” he said.

Apart from learning how to fire bullets from automatic assault rifles in Afghanistan, Nisar had also acquired training as a professional tailor during his long stay in Karachi.

Concerned about the shelter for his family in Kashmir, Nisar rented a small flat in Pulwama and began working as a tailor to earn his livelihood.

“At the moment I am paying (INR) 2,500 rupees as rent. Besides managing daily necessities I have to ensure education of my four children. It is very tough when you don’t even own a house,” he said.

Jammu and Kashmir’s former chief minister Omar Abdullah after formally announcing the rehabilitation policy for ex-rebels on 23 November 2010 had informed the J&K Legislative Assembly in 2013 that at least 3974 militants from the Kashmir Valley had crossed the LoC for arms training.

Abdullah had quoted a government report to make his point.

Currently there are 4,088 persons listed as “missing” in government records, many of whom believed to be stationed in Pakistan and PaK.

The rehabilitation policy, according to the government documents accessed by The Kashmir Press, was “intended to facilitate the return of ex-militants who belong to J&K state and had crossed over the PoK/Pakistan for training in insurgency but have given up insurgent activities due to a change of heart and are willing to return to the State.”

One of the 14 key points of this policy is that “the conduct and behaviour of the returnee will be closely monitored by the local Police and by State CID for a period of two years from the completion of the counselling process.”

According to the policy, all such former militants are “permitted to enter only through JCP Wagah, Attari or through Salamabad or Chakan-da-bagh crossings on the Line of Control [LoC] or through the Indira Gandhi International Airport, New Delhi.”

According to sources in the intelligence department, at least 489 former militants had returned to Jammu & Kashmir until 2016 since the surrender-cum-rehabilitation policy was introduced in 2010. Until mid-2016, the ex-rebels also returned along with 218 wives from Pakistan and PaK.

At least 20 fresh applications from former rebels were approved for return, five of these rejected by the army after raising certain apprehensions.

Current J&K Chief Minister Mehbooba Mufti had met Indian Home Minister Rajnath Singh in New Delhi in 2016, urging him to revive the Kashmir-centric confidence-building measures (CBMs) “to consolidate the fresh peace efforts and put the peace and reconciliation process back on track”.

Ms Mehbooba, as per the government’s official communication, had also insisted on facilitating “return and rehabilitation of the Kashmiri youth who had crossed the LoC for arms training and are now eager to return and live a normal life”.

For that to happen, she had suggested “legalising Nepal route” for those Kashmiri youths who have now “shunned the path of violence and wished to return to their homes”.

Naeem Akhtar, chief spokesperson of the PDP-led coalition government, had confirmed to this writer at that time that Mehbooba Mufti indeed made a suggestion to Rajnath Singh with regards to legalising Nepal route for the return of the Kashmiri youths.

The J&K government claimed that “the Union Home Minister said the Government of India would work out the modalities for legalising the Nepal route for return of Kashmiri youths from PoK.”

Akhtar had argued that “they’re [Kashmiri youth] our own citizens. If they want to return after shunning the path of violence we have to treat this particular issue on humanitarian grounds.”

“Since this route [Nepal] is not recognised by the Government and does not fall under the current policy for the return of ex-militants, we highlighted this. We are expecting a positive intervention from the federal government,” he had said.

On the other hand, one of Kashmir’s leading political scientists Prof. Gull Wani on a rather pessimistic note had said he was unsure whether Narendra Modi-led Hindu nationalist Bharatiya Janata Party (BJP) government in New Delhi would be interested in “putting a spin in the reconciliation process vis-à-vis Kashmir”.

“The central point is the return of the Kashmiri youth. But I’m not sure whether the BJP government will take forward any Kashmir-specific CBMs, especially consider the return of former militants as humanitarian issue for it also has serious political connotations,” he had said to this writer, adding that “after all, they [former militants] crossed over to the other side for ‘something’. They are not ordinary guests.”

“Unfortunately, we have not seen much oxygen being pumped into Delhi-Srinagar dialogue process from the present government led by Narendra Modi which makes me sceptic about the BJP’s approval to legalise Nepal route for the return of ex-militants.”

All those young Kashmiris who had gone to “PoK/Pakistan between 1.1.1989 and 31.12.2009 and their dependents” are eligible for consideration under the policy.

The Process of Return

The parents or close relatives (in case there are no parents) of the prospective returnee, or, in exceptional circumstances, the forthcoming returnee may himself apply in a prescribed Performa before the district superintendent of the concerned district where the potential returnee resided before crossing the LoC to receive arms training.

After scrutinising the application, the district superintendent of police forwards the case to CID headquarters which, in turn, analyses the request in consultation with the federal intelligence agencies [IB and RA&W], the Indian army, wherever necessary, and then a dossier is prepared based on comments from all five different state and federal agencies.

“The dossier so prepared will be forwarded to the Home Department by the State CID where a final decision on whether the application should be accepted or otherwise would be taken by a committee….,” the government document reads.

After scrutinising a particular application of the intended returnee the formal orders are issued by the Home Department and then communicated to the concerned authorities for necessary action.

In March 2013, one former militant Sayyad Liaquat Shah returned to India via Nepal with an intention to surrender. But he was arrested by the Delhi Police.

Delhi Police claimed to have arrested Liaquat from a Delhi hotel and “seized one AK-56 rifle from his possession”. They also said that he had sneaked into India to avenge the Afzal Guru’s hanging through attacks in Delhi.

However, the J&K Police kept insisting that he had come under the government’s surrender-cum-rehabilitation policy. In his defence, Liaquat had told the media in Delhi that he was being framed by Delhi Police.

In fact, Jammu and Kashmir’s then Chief Minister Omar Abdullah had personally spoken to the then Indian Home Minister Sushil Kumar Shinde to seek an investigation into the circumstances of Liaquat’s arrest.

The NIA investigations revealed that the police informer, identified as Sabir Khan Pathan alias Munna, had been living in the Lodhi Colony barracks of the Special Cell in South Delhi for the past eight years. He was allegedly instrumental in planting weapons to implicate Sayyad Liaquat Shah.

Be that as it may, Nisar Khan is of the view that seeing his condition on his return to Kashmir no Kashmiri armed rebel who wants to give up armed struggle will be attracted to government’s rehabilitation policy because he himself is regretting his decision.