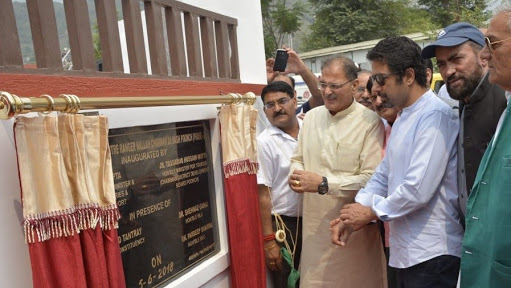 The additional infrastructure which includes parking place for 60 vehicles, barrack for security, medical aid centre, dormitory for truck drivers, toilet complex, compound wall, ramps for rummaging, lawns, lighting facilities up to zero line has come up at an expenditure of Rs 10.25 crore under Phase-2 of the upgradation project.

Earlier, the Deputy CM also interacted with traders and listened to their demands to further facilitate hassle-free trade at the TFC.

They apprised him of immediate need of installing full-body scanners to do away the practice of manual security checking of goods which causes great inconvenience to the traders.

They also urged to address the issue of shortage of staff and increase in the number of trade items.

While assuring the traders that their infrastructural demands will be fulfilled in a phased manner, Gupta called upon them to work in close coordination as per Special Operating Procedures.

He said the government’s prime objective to open such type of crossing points is to facilitate the people of both the sides to meet each other for furthering development and peace.