Minnows Afghanistan eye a rare whitewash against Bangladesh in T20s

Can leggie Rashid spin his magic again to guide his side to glory? 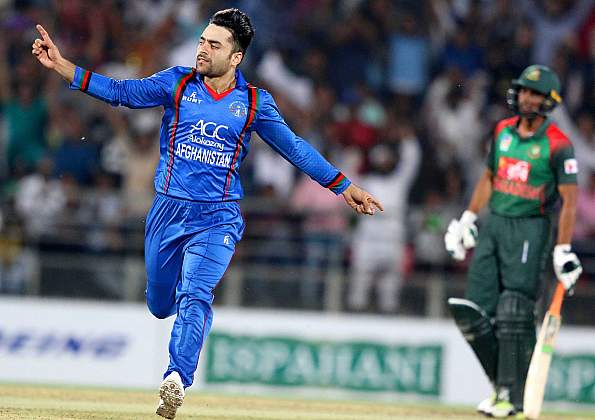 Rashid Khan who claimed seven wickets from two matches was adjudged player of the match in both games. Afghanistan’s sensational leggie conceded only 12 runs in his quota of four overs while claiming four wickets in the second match. From his quota, he took three wickets giving away just 13 runs in the first match.

Afghanistan won the second match by six wickets and secured win in the first game by 45 runs, which is considered a massive margin in a t-20 format.

At the beginning of the series, Bangladesh’s experienced skipper Shakib Al Hasan had surprisingly declared Afghanistan as favourites, raising many an eyebrow.

“When Shakib said he thought Afghanistan started favourites against Bangladesh, I thought he was playing a mind game. Didn’t realise he meant it,” Bhogle wrote on Twitter.

He was all praise for Afghanistan’s spin trio comprising Rashid Khan, Mujib and Mohammad Nabi.

“Afghanistan’s seriously formidable spin trio of Rashid, Mujib and Nabi pick up 6-54 in 11 overs. They are as good a combination as any in the game now. Certainly in T20,” the television commentator wrote.

Bangladesh will look to salvage some pride by winning a game when both sides will battle it out in the third and final match of the t-20 series on Thursday in Dehradun.

Sensational Rashid Khan would want to showcase another match winning performance to guide his side to rare glory.