‘Since January, a youth has joined armed rebellion every second day in Kashmir’ 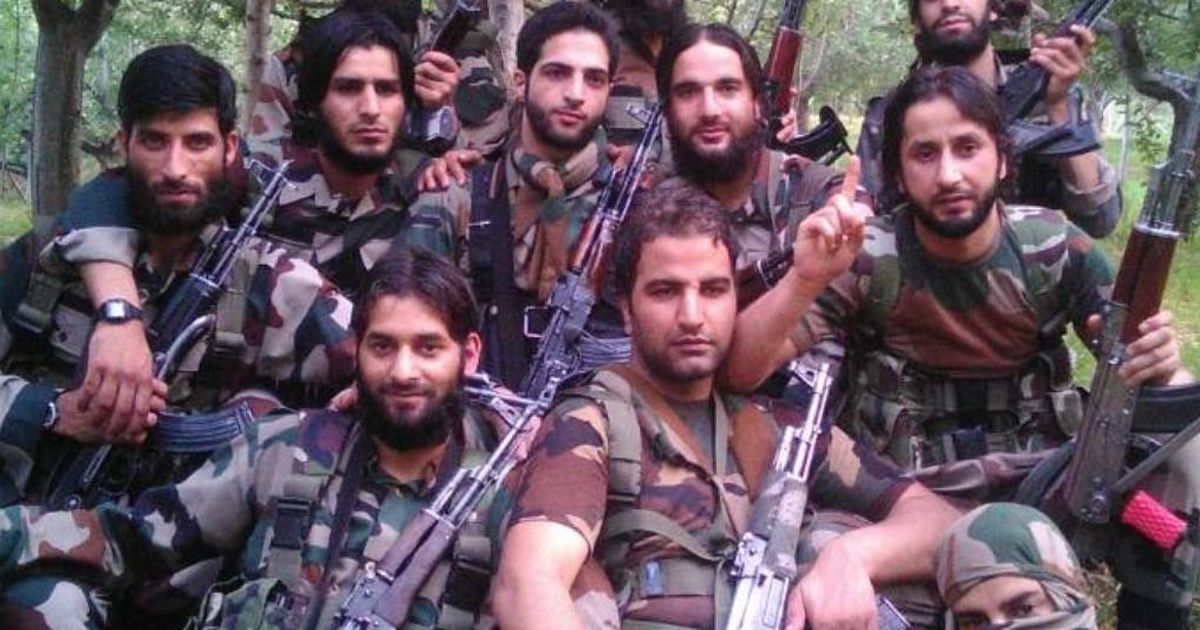 Srinagar: There seems to be no end in militant recruitment in Kashmir despite a unilateral announcement regarding cessation of anti-militancy operations in the Kashmir Valley in Ramzan by India’s Home Minister Rajnath Singh,

“Since the Ramzaan started, around ten militants have joined the various militant outfits till June 05 this year,” top police officials revealed to The Kashmir Press

“From the time when ceasefire was announced, five youth joined militancy till May 31 while as five more joined in past five days of June”.

The police officials said the security operations were halted since government believed that it would stop the recruitment and will help in bringing normalcy.

“The killing of militants had not helped either. We believed that stopping operations it will help us. Now it seems, it has not been able to stop the new youth from joining militancy,” police officials said.

Delhi has announced halting all types of security operations in Kashmir for the month of Ramzaan in a bid to bring control over the fragile situation in Kashmir.

Giving details about the new militant recruits in Kashmir this year, the police officials said out of 70 militants, 45 youth joined the rebel ranks in past two months.

According to highly placed sources in J&K Police’s intelligence grid, at least 54 young boys from of Shopian and Pulwama have joined militancy in the first five months this year.

Another top police source however maintains that 80 youth have joined militancy in first 150 days in 2018.

On average, a youth has joined militancy every second day since the beginning of this year until May, according to a report prepared by Jammu and Kashmir’s intelligence wing.

The numbers of local militant recruits is perceived highest in last one decade, police officials revealed.

A top police official revealed that Shopian and Pulwama have witnessed a massive rise in local recruitment after many local militants were killed during the much publicised Operation All-Out.

Most of the boys have joined the Hizb-ul-Mujahideen while some have also announced their allegiance to militant outfits like Lashkar-e-Toiba, Jaish-e-Mohammad and Al-Badr etc.

According to sources, many educated youth with bachelors and post-graduate degrees in various streams have joined the ranks of armed rebels, which they maintain is a “disturbing trend”.

Soon after Wani’s joining, Junaid Sehrai, a youth with a master’s degree in business administration and the son of senior resistance leader Mohammad Ashraf Sehrai, also joined the ranks of Hizb in March this year.

The joining of Wani and junior Sehrai is perceived as an attempt to revive militancy in north Kashmir and Srinagar respectively and to give a new face to the new-age of militancy post-Burhan era.

He was later killed in an encounter in south Kashmir.

On June 4, local media reported a science graduate from Shopian district Aijaz Paul too has joined the militant ranks.

Paul announced his joining in a now customary signature fashion by posting his picture on social media space while posing with an assault rifle.

He had reportedly joined al-Badr Mujahideen, an armed group which was active in Kashmir in the early and mid-1990s.

Apart from Manan Wani and Junaid Sehrai, the fresh recruits include Nawaz Wagay from Shopian and Tauseef Wani from Pulwama.

Wagay is reportedly a postgraduate in Urdu while Wani a graduate.

A recently released government report also revealed that “after the killing of Burhan Wani on July 8, 2016, 121 militants have been killed and 216 local youths joined militancy.”

The report also said that “of the 461 local youth who joined militancy since 2010, 331 came from South Kashmir.”

The report noted that the massive funerals of killed civilians and militants become a reason for many a youth to join militancy in an emotionally charged atmosphere.

“The deaths of these protesters further trigger protests supplemented by large funeral processions. Such a charged environment is a perfect blend of emotions and anger that is required to attract militant recruitment.”

The latest trend, according to a very senior police officer, is “deeply worrying and one of the biggest challenges too.”

Since 2016, Government forces have killed over 700 youth, which include 465 armed rebels and 236 civilians.

The anger over normalisation of civilian killings at the hands of government forces is one of the biggest reasons behind the fresh militant recruitment.