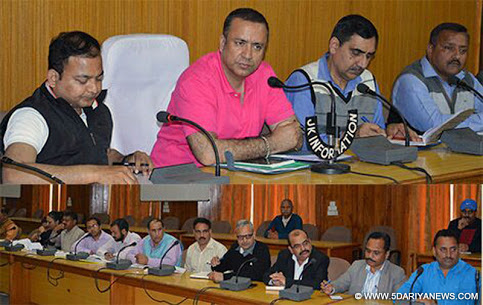 Jammu: Government of India on Monday enhanced the compensation for loss of milch animals due to cross-border firing in Jammu & Kashmir to Rs. 50,000/- per milch animal.

They said that the border areas of Jammu and Kashmir are facing losses of livestock, crops, houses etc. due to cross-border firing from across the border.

It may be recalled that the government of India had announced expenditure for relief camps and compensation for losses of houses, crops, livestock at NDRF rates to the victims of cross-border firing in the month of December, 2017.

Considering the problem of border-residents, Govt of India has increased the compensation amount to Rs. 50,000/-.

These claims will initially be paid to the victims by the State Government of J&K after evaluating the actual loss.

The amount will then be reimbursed by the Ministry of Home Affairs under Security Related Expenditure (Relief & Rehabilitation) Scheme.

Further the orders in this regard have been issued to J&K Govt. on 1st June, 2018.