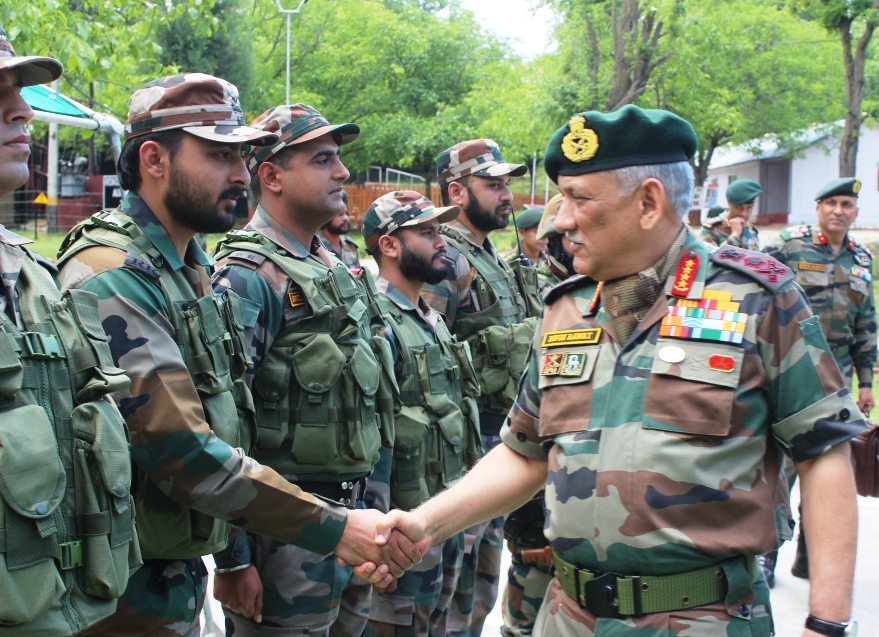 Srinagar: After halting security operations, the army chief, Bipin Rawat made a first visit to Kashmir to review the security in the hinterland.

According to the army’s Badami Bagh based 15 Corps, Rawat took a detailed review of the prevailing security situation in the hinterland.

Accompanied by the Chinar Corps Commander Lt Gen AK Bhatt, the army chief visited formation headquarters and units where he was briefed by the army commanders on ground as regards the operational preparedness, the defence spokesman stated.

The spokesman stated that army chief was appreciative of the measures and Standard Operating Procedures instituted by the units and formations to meet the “challenges posed by the inimical elements”.

Commending the performance of the troops in the recent successful operations, the Army chief stressed the need to maintain the “extra vigil to defeat the evil designs of hostile forces and assured his full support to further strengthen the security posture”.

General Rawat also took stock of the security and administrative arrangements for the upcoming Amarnath Yatra which is scheduled to commence from 27 June 2018 and stressed on the need for close coordination with civil Administration to ensure a smooth and efficient conduct of the Yatra, the defence spokesman stated.

It is the first time that army chief has visited Kashmir after the security operations were halted for the month of Ramadan.