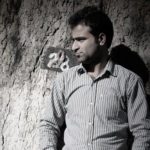 Of late the J&K dispute has been reduced to a specific narrative.  A ‘nominal choice’ of opting for an independent state is being pushed by many quarters. A visible attempt is being made to highlight that option, and there is a deliberate and conscious effort to hide or completely ignore a vast constituency within J&K that believes that the future of Kashmir after its independence from India lies with Pakistan.

In 1947, two nations emerged in the subcontinent. Both of the new states were seemingly secular in essence, but history would only judge one of them too harshly.  Many of India’s and Pakistan’s leaders felt the need to avoid balkanization of the region, and regions were to be divided according to their geography and religious identity. The choice was obvious for Muslim majority Kashmir, but with the help of local leaders, India managed to deceive the people of Kashmir and would occupy it for decades to come.

It would seem that there would only be two choices for the people or only one actually because India’s claim was never legitimate to begin with. The battle cry on the streets, for the most part, was in favor of accession to Pakistan. But with the advent of modernisation, new ideas began to take shape, reinforced by the creation of small countries around the world. Suddenly the idea of independent Kashmir didn’t seem far-fetched any longer.

A whole array of signifiers is used to justify that J&K is and has always been different. Along those lines, , there is an attempt to normalize, and keep intact,  the sale deed of the ‘1846’ Amritsar Treaty, and maintain indivisibility of this artificial identity, all in the name of Jammu and Kashmir. The concept of Kashmir being different than other regions was mainly pushed by people who wanted to make sure that they remain in power post-Dogra rule. Perry Anderson clearly elucidates how power politics between the main players took precedence over anything else.

”A troubled Nehru had supposedly been willing to contemplate some loosening of the Indian grip on the Valley; much sentimentality has been expended on this lost opportunity for a better settlement in Kashmir, tragically frustrated by Nehru’s death. But the reality is that Nehru, having seized Kashmir by force in 1947, had rapidly discovered that Abdullah and his party were neither as popular nor as secular as he had imagined and that he could hold his prey only by an indefinite military occupation with a façade of collaborators, each less satisfactory than the last. The ease with which the National Conference was manipulated to Indian ends, as Abdullah was discarded for Bakshi, and Bakshi for Sadiq, made it clear how relatively an organisation it had, despite appearances, always been shallow.”

Recently people from Kashmir, who believe in the idea of an independent Kashmir, have begun equating Pakistan with the Indian state. They argue that Pakistan is no different from India, and should be perceived as an occupier. Despite there never having been a mass uprising in Azaad Kashmir and Gilgit-Baltistan, many Kashmiri nationalists are advocating independence from both states aggressively. They ignore that the grievances of both these areas are different from those on the Indian side. Issues of bad governance cannot be equated with the larger problem of a political dispute and occupation.  There are visible signifies of bias and prejudice towards the Pakistani state and its people. One fails to understand how Pakistan can be put on a similar footing to the Indian occupation.

There are no concrete surveys to exactly ascertain the strength of the people’s choice between merger and an independent state. Yet a few Indian polls create the illusion that the people who believe in an independent Kashmir occupy the majority of the region. It disengages us from key historical facts: that the internal rebellion, for example, in Poonch and many parts of the Jammu region actually sought merger with Pakistan.

Nehru, having seized Kashmir by force in 1947, had rapidly discovered that Abdullah and his party were neither as popular nor as secular. as he had imagined and that he could hold his prey only by an indefinite military occupation with a façade of collaborators, each less satisfactory than the last.

The Pakistani state should be scrutinised and undoubtedly it has made its own mistakes in the past, like many other states anywhere; however, to say that the Hizbul Mujhadeen gained ground in Kashmir solely because of Pakistan’s intervention is wrong. People forget that there has always been considerable support for Pakistan in the countryside, and the growth of the Hizb was inevitable.  It effortlessly made its way into the JKLF’s political space, and with growing numbers and its considerable influence, it started to challenge other armed factions in both Kashmir and Jammu regions.

Similar to many resistance movements across the Muslim world, Kashmir’s experienced an ideological shift from being nationalistic to Pan Islamic.  It was a gradual shift from Ashfaq Masjid, or Maqbool Bhat to Nadeem Khatib and Burhan.  One cannot simply ignore the religious context of the resistance; most of the fighters believe in Islamic tenants and want to stick by them.

What people tend to forget is that everybody has a right to his own worldview, his own ideology. There is a considerable amount of people who believe Kashmir is an inalienable part of Pakistan. However, it seems many people in academic spaces do not want to recognize these voices, even though their voices can be heard on the streets almost every other day. It seems we are censuring our own people and manipulating their opinions by completely dismissing any kind of discourse related to the idea of Kashmir becoming a part of Pakistan. The binding factor in our society is our fight against the Indian regime, and it must remain so. We shouldn’t argue over what the majority wants, because we aren’t there yet, but we should at least recognize that there are many people who prefer Pakistan over the idea of an independent state. And by equating Pakistan with India, we are inherently mitigating the extent of India’s brutality in Kashmir over the past five decades or so.

Currently, the rise of Al-Qaida or Islamic State is nothing but a reactionary manifestation of indigenous resistance in the Muslim world. The same holds true for Kashmir. Many resistance movement fighters elsewhere saw some of their combatants opting for new signifiers like Al-Qaida and the Islamic State, especially in occupied regions of the Muslim world and mainly because the indigenous cultures and political contexts of these regions weren’t yielding desired results. And after the initial achievements by the two outfits in Yemen, Syria, in many parts of Africa, quite a few professed their allegiance, hoping for quick results similar to those of Al-Shabab in Somalia with links to Al-Qaida and Islamic State.

Similar forces are currently at work in Kashmir, and it is inherently within the nature of the occupation that they are allowed to grow, even if only marginally so. Many believe that these new signifiers are used to dilute certain realities and to further question Pakistan in Kashmir. It is a dangerous gamble to say the least.