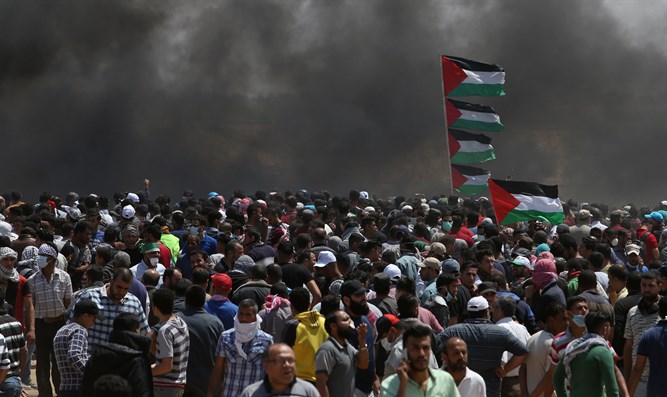 A day after Israeli forces killed at least 59 Palestinians in Gaza during protests against the opening of the US embassy in Jerusalem, the use of brutal forces has been widely condemned on Monday, AP reported.

“At least 128 nations, including France, Britain, and Russia have backed the UN resolution condemning the decision of recognizing of Jerusalem as Israel’s capital,” media reports said.

“Palestinian president Mahmud Abbas has condemned the Israeli ‘massacres’, saying “the US is no longer a mediator in the Middle East,” and that the new embassy was equivalent to “a new American settler outpost” in Jerusalem,” reports said.

“While reacting on the action, Egypt’s foreign ministry termed the killed as martyrs and warned that the killings can prove fatal,” reports said adding that he has called on OIC meeting and asked them to stand by the defenseless Palestinian people.

“Saudi Arabia, Iran, Russia, France and many other countries have also strongly condemns the Israeli occupation forces’ gunfire against unarmed Palestinian civilians which has left 59 dead and more than 2700 wounded,” reports said.

Earlier on Monday over 55 people were killed and thousands were injured by the Israeli forces.