HM commander Ahsan Dar who was missing, traced from Jammu 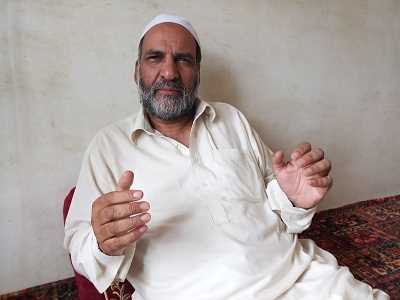 Police sources said Dar has been traced and was presently in the winter capital, Jammu.

Dar was missing from his home since March 20 this year, family sources disclosed to The Kashmir Press.

The family said he called them last in the month of March and has gone missing then.

Before picking up arms, Commander Dar was a teacher, reason why he was famously known as “Master Ahsan Dar”.

Dar was arrested in 1989 when he was being brought to SHMHS hospital for medical check-up. There, he again managed to escape from the police custody and crossed the LOC.

When he returned to Kashmir, he founded Hizbul Mujahideen militant outfit in 1992.

Shortly after forming Hizb, Dar was arrested in 1993 and released in the year 1999.