‘Policeman was unarmed, going to offer Friday prayers when gunmen shot him dead’ 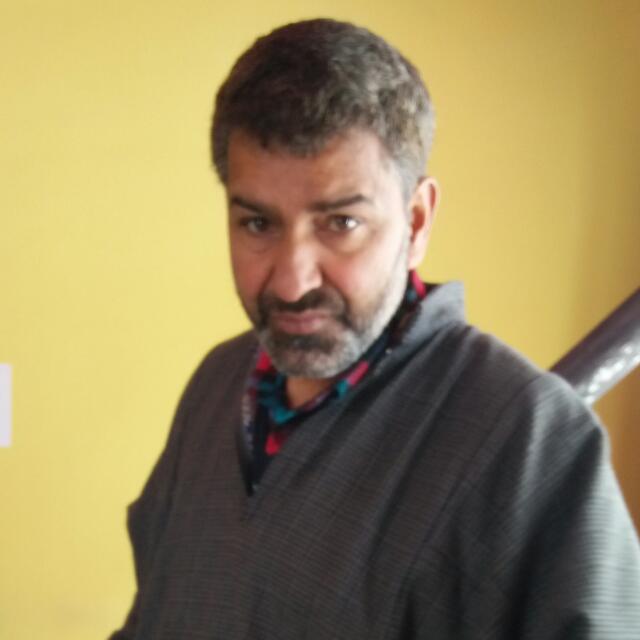 The family of the policeman, Shamim Ahmad, who was killed by gunmen in the Wadwan area of central Kashmir’s Budgam on Friday, said that he was “unarmed” and “going to offer prayers” when gunmen attacked and killed him.

The family members say that the cop was killed for no fault of his own. The whole family is in a state of mourning in the wake of the death, and residents are aghast at the incident.

According to a police statement, he was killed when three or four unknown gunmen fired several bullets at him, killing him on the spot.

The cop was a resident of Hanjan Yaripora of Kulgam and posted as guard with four others at the minority picket at Wadwan.

Recalling the incident, eyewitnesses said, “On that fateful day, mother and I were at home. The rest of the family members were out for some personal work,” Autar Kishan Kaul, owner of one of the protected house said..

He adds that at around 1:40 pm, Koul asked his mother to prepare lunch.

“Within a few minutes, we were done,” he said.

After finishing the lunch, Koul said he left for the neighbour’s house to fetch some vegetable saplings.

“After cracking some jokes with them, I returned,” he said.

“Back at home, I was washing my hands in a stream next to my house before going inside. After a minute I heard a sound. At first I thought that it may be the sound of fire crackers. But when the initial sound was followed by others, I quickly went too look what had actually happened”.

“It was a terrible scene; few gunmen were on the lawn in front of the house, where guards were taking shelter. I ran inside to take shelter myself,” he says, narrating how they stayed inside the house frightened and huddled for quite some time after the shots sounded.

Finally when the guns stopped roaring, he somehow found the courage to come out to see what had happened. What he saw was a man lying in a pool of blood.

“When I came closer, I saw that one of the cops, Shamim Ahmad, had been shot dead in his back by militants, and they had left the spot,” he recalled.

“Shamin had made ablution and was going for prayers at the local mosque. He was unarmed and defenceless,” another eyewitness said.

According to Shamim’s family members, he was recruited in 1998. He is survived by his elderly parents, his widow, three sons, and three brothers.

He was the only hope of his family. The responsibility of marrying off his younger brothers was on his shoulders, and he was working hard to live up to the expectations of the family.

“Our family has been hit by a huge disaster which has shattered all of us,” they said.

“All we want is peace and a normal life.”

His family’s residence is a two-storey house, and in the middle of a lush landscape.

Shamim’s elderly father, now the sole bread earner of his heartbroken family, and his widow, three brothers and his three sons, have little else to look forward to in life than an even more meagre existence.

“I can only pray for courage now,” he said.

The death for Shamim’s killings was later taken by Ansar-ul-Gazwat-ul-Hind.