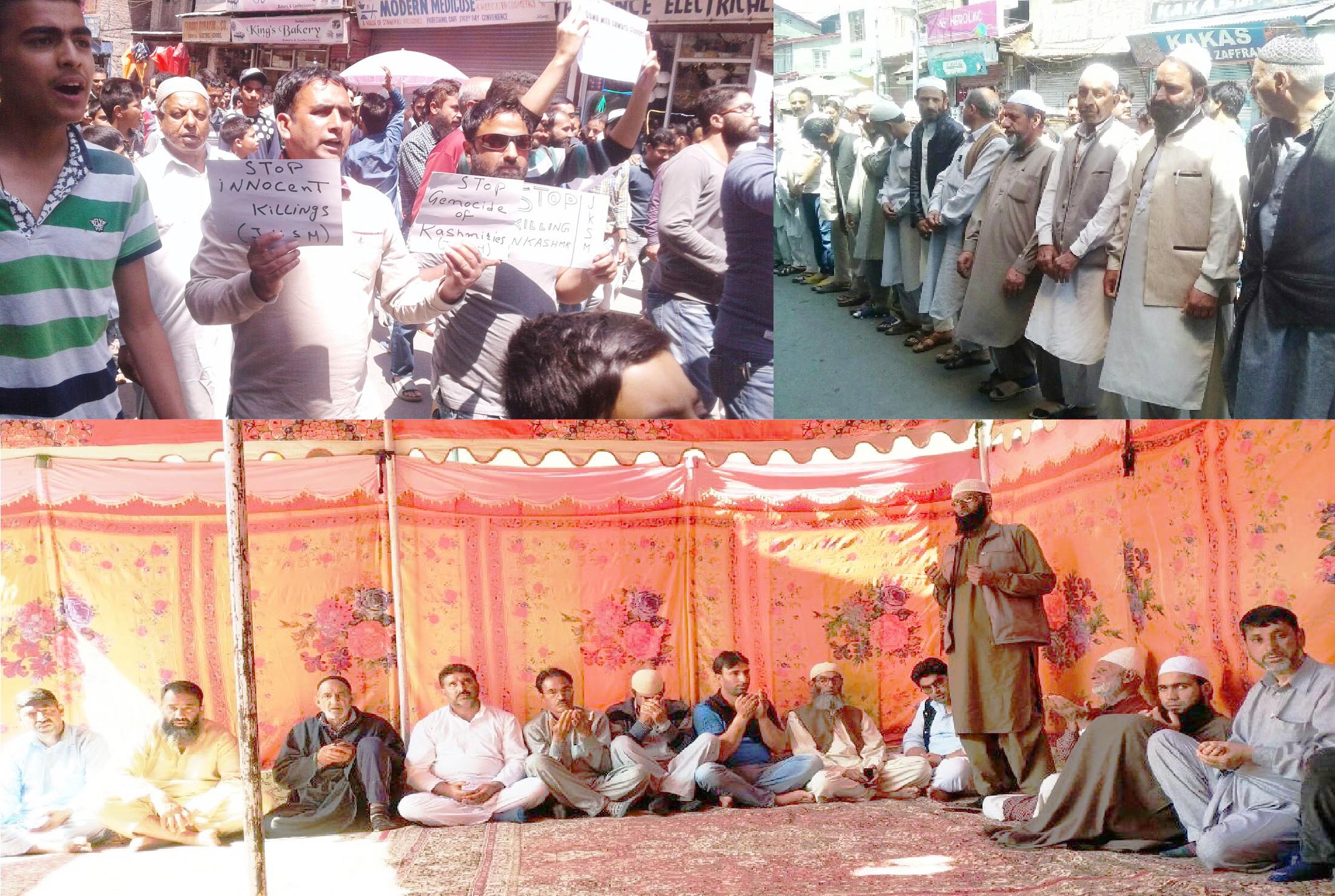 Jammu and Kashmir Salvation movement on Friday held protest demonstration at different parts of valley against the continuous bloodshed, civilian killings and privileging situations in Kashmir.

They demand that the stringent action and punishment must be given to the armed forces that indiscriminately fired on innocent, unarmed civilians at south Kashmir last week.