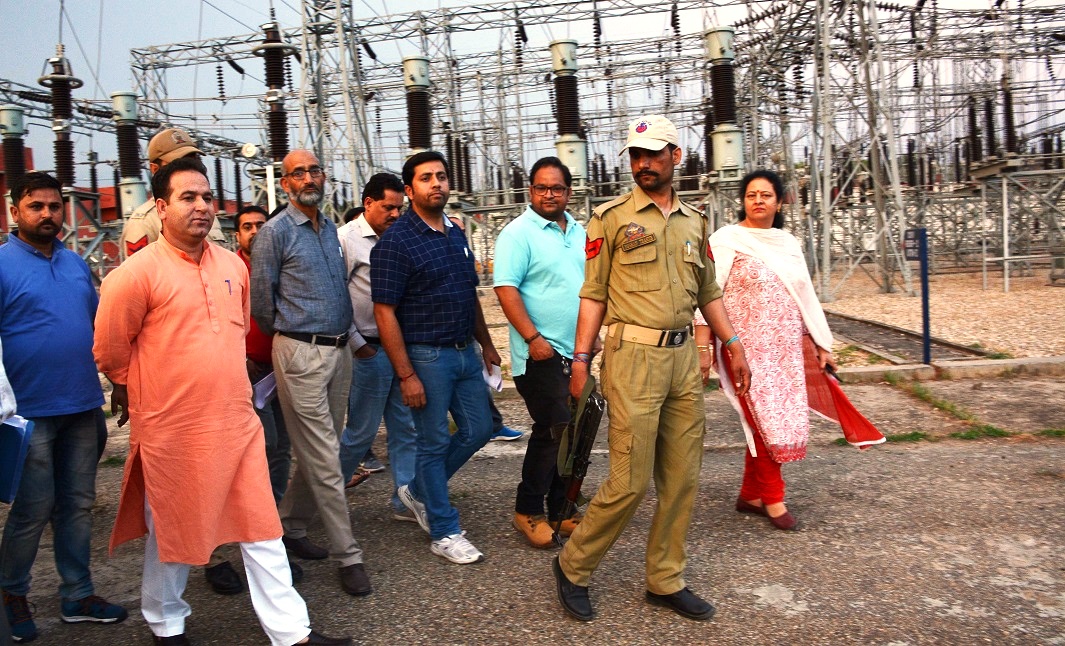 Minister for Power Development Department Sunil Kumar Sharma on Tuesday said that the state government is making tireless efforts to improve power scenario in the state to ensure 24×7 supply of power to the consumers.

He said while visiting various Grid Stations in Jammu to review the power supply scenario at these installations.

Accompanied by Chief Engineer M&RE Ashwani Kumar Gupta, Chief Engineer System Operation Avinash Dubey and team of other engineers, the Minister visited Grid Stations Canal Road, Janipur and Barn. He inquired about the capacity and feeding area of each installation, while calling for proper maintenance of the machinery.

He said that PDD being the vital sector is receiving focused attention of the government. He said that adequate infrastructure has been created to improve power scenario across the state

Sunil Sharma said that transformers with high capacity are being installed to mitigate the low voltage, fluctuation and breakdowns in power stressed areas.

He stressed upon the concerned engineers to maintain discipline in functioning of the department and directed authorities to enforce strict adherence to duty roaster.

He said that no laxity would be tolerated on the part of any official with regard to regulation of power supply to the people. He also asked the concerned officers to keep their activities at maximum to plug power pilferage. He asked them to take instant legal action against the unregistered consumers.

Later, the Minister also visited Barn Grid Station and took stock of functioning of the installations there.